A few weeks ago, I had one favorite, go-to spot for authentic Mexican Food.  That was El Taquito which I reviewed here.  After trying Lozanos in Immokalee last Saturday, my beloved El Taquito has been replaced.  Lozanos had absolutely the best tacos I have ever eaten in my life.  Ever.

Lozanos is located in Immokalee and is a normal, sit down restaurant.  We were going out to the fairgrounds so decided to drive the extra 35 minutes and eat some good food.  El Taquito is a hole in the wall whereas Lozanos is a regular, nice restaurant.  We arrived around 6:15pm and started with some chips and salsa.  The chips were pieces of tortillas that had been fried up and lightly salted.  They were quite tasty but, the salsa was somewhat spicy and I only had a few bites worth.  I was on the fence as to what to get because everything sounded so delish.  I opted for the 3 hard ground beef tacos, rice & beans and 2 enchiladas – one cheese & one chicken.  I was going to just go with all tacos but I just can’t resist enchiladas.

Our food arrived fairly quickly and it looked just great.  My tacos were hot and sitting with the rice and beans.  The enchiladas, though not covered with a red sauce, looked good and bubbly as well.  I mixed my rice and beans together and started there.  The rice had a great, homemade taste to it.  The rice was so fresh and had hints of salt, pepper, cumin and other spices – but none of these overpowered it at all.  The combination of spices and slow cooking on the rice, definitely made the different.  The beans were warm and in a state between refried and whole pinto beans.  Once again, the slow cooking of the spices with the beans left them flavorful but not overpowered with one spice or another.  These were some of the best rice and beans I have had in a very long time.  I could have ordered a huge serving of just these and had them along with the chips – delish.  Overall rating:  9/10 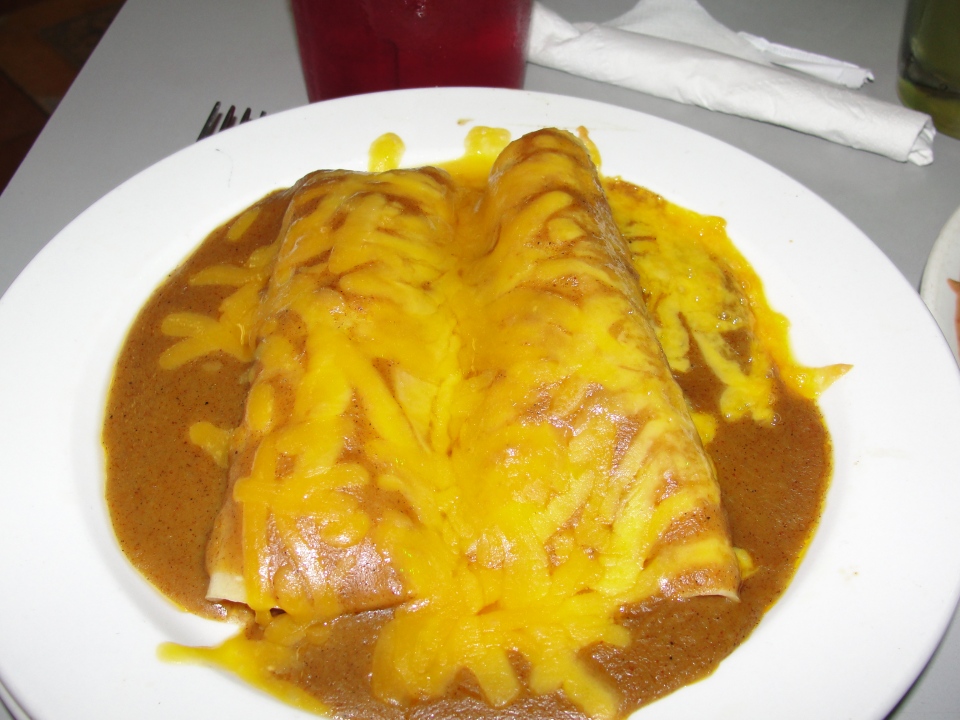 I had ordered one bean and one cheese enchilada but received one beef and one chicken.  Obviously some confusion but, no big deal.  I like ‘em all and dug in.  The enchiladas were wrapped in a homemade corn tortilla and had a lot of meat filling.  They were topped with cheese that was baked in.  I was not overly impressed with the taste of the enchiladas however, they were still good.  The tortilla was very fresh as was the ground beef, chicken and cheese.  I really enjoy the red enchilada sauce (which these did not have) and the lack of, may have played a part in why I didn’t love these enchiladas.  As I said, it’s not that they weren’t good, it’s just that I wouldn’t have to have them again.  I know for next time to stick to just the tacos.  Overall rating:  5/10

Tacos…mmm, Tacos.  One of my favorite Mexican food items by far.  The hard shells were so fresh and crispy.  They were loaded full of ground beef, lettuce and shredded cheese.  They certainly do not skimp on toppings – in the tacos or any other food items.  I ordered these Supreme which meant they came with sour cream and guacamole on the side.  I added sour cream to each of my tacos but ate the guacamole with my enchiladas and chips.  The tacos had a great flavor to them thanks to the combination of fresh, good ingredients.  The hard shell’s crispiness was able to withstand the ground beef and toppings.  The ground beefs flavoring was also very fresh & tasty.  Once again, you could tell the beef was cooked slow to allow the seasoning to really flavor it well – not a fake flavoring like you get from a packet.  The lettuce was fresh and plentiful as was the shredded cheese.  The key to these tacos was really the freshness and the authentic flavors.  The sour cream was creamy and added the perfect coolness to the tacos.  The guacamole was also very fresh however, I only got a few bites worth and can’t really rate it.  Overall Rating:  10/10. 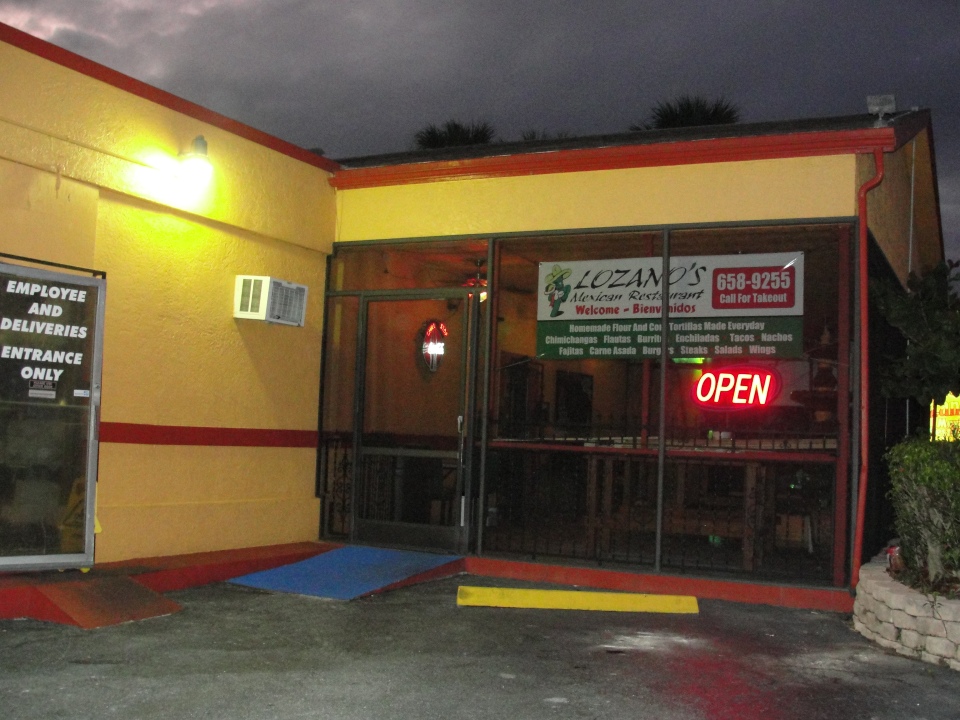 By far the best tacos I have ever had.  Hands down.  Fresh, tasty, crisp, filling and most of all, Authentic.  If you have a chance to have real, Authentic Mexican food, you should certainly try it.  Lozanos is now on my list of all-time favorite foods and places to eat.  I will most certainly be visiting Lozanos again…and soon!