A One Letter Name is Just Snazzy

W.  One simple letter that means so many things.  For Wendy’s, it equates to their newest burger offering that seems to be getting some pretty heavy promotion.  I normally do not visit the Wendy’s in Naples because they just aren’t very good and have the worst Diet Coke ever.  The last Diet Coke I had from Wendy’s, tasted like sewer water.  Blah.  The Wendy’s in Blairsville, GA and the surrounding small towns, are normally really good.  You always receive great service, hot food and non-sewer water Diet Cokes.  On our trip to Blairsville this past weekend, we stopped by a Wendy’s in Hiawassee for a late lunch/afternoon snack.  I decided that I must try this new burger that is so snazzy that its name is simply W.

The W Burger consists of two burger patties, two slices of cheese, signature sauce, onions (ordered mine without), lettuce, pickles, and tomatoes all on a buttery bun.  Wendy’s burgers now arrive in a box covered with a piece of wax paper.  The burger is somewhat out of the box which reminds me of how Krystal serves their burgers.  I was impressed by the size and look of the burger when I removed it from the box.  It felt larger than a Double Stack but not quite as huge as the double Dave’s Hot-n-Juicy burger.  The toppings also looked really good & fresh and the bun felt soft in my hands. 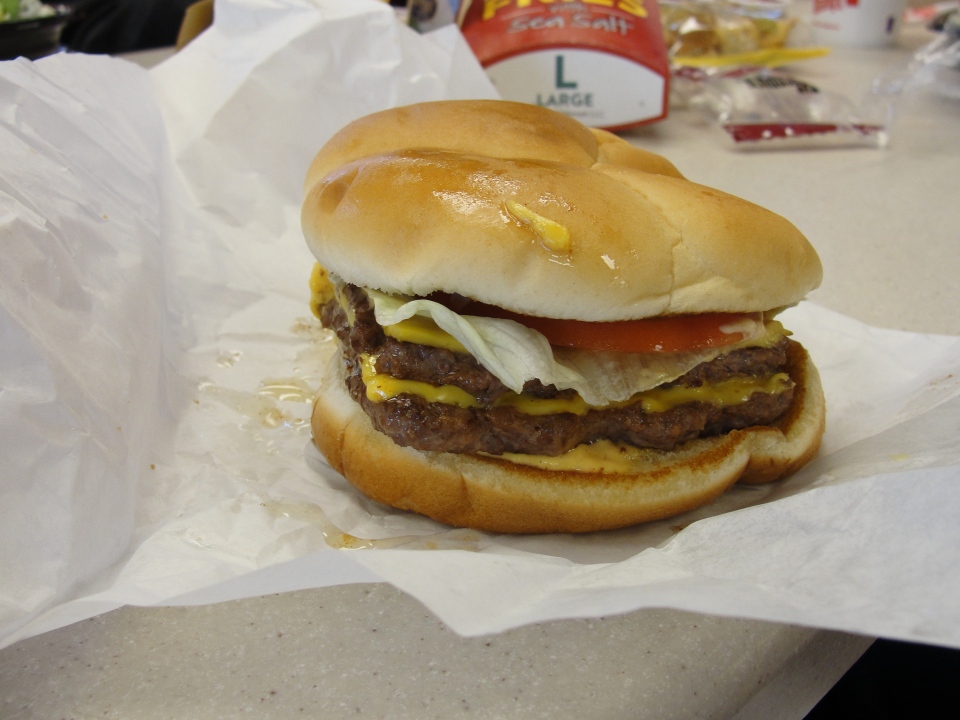 I bit into the burger and received a mouth full of flavors.  I could taste the distinctive taste of a buttery bun.  The bun did not have the buttery flavor of Five Guys buns but rather a lighter butter flavor.  I could also pick out the flavors of the American Cheese.  This cheese tastes different from their other cheese – it was much more flavorful and real tasting.  I also really noticed how crisp and fresh the toppings were.  In first bite, the burger itself did not really stand out but, I continued on eating.

The burger patties are a bit different in shape however, I did not really taste anything different in them.  Wendy’s is promoting that the burger patties are bigger and juicier but I just couldn’t tell a difference.  The burger patty is still decent as far as fast food goes.  It has more of a ‘real’ taste then McDonalds but not quite the broiler taste of Burger King.  The cheese on the W is melted perfectly and submits a great deal of ooziness and flavor in each and every bite.  Having two slices of cheese on the W really makes it great.  It allows the cheese to be a big component in the burger rather than just a player in the game.

I was unaware that Wendy’s offers a signature sauce but they do and it’s on the W.  The sauce was similar in color to thousand island dressing but had more of a ketchup taste.  There was not a lot of the sauce on the burger but this was totally fine by me.  I normally have a mixture of ketchup, mustard (yellow and spicy, if available) and mayo as a dipping sauce for my burgers.  This sauce was not exactly that but still meshed well with the burger & toppings.  For the W, the winning topping was the pickles.  These pickles were great – large, crinkle cut, crispy and super fresh.  The pickles were equal to the pickles they serve at Five Guys – totally delish.  The lettuce and tomatoes were also very good, fresh and tasty.  Overall Rating: 8/10

This burger is a great new option from Wendy’s.  The W may only have a one letter name but the flavors and tastes pack every inch of that letter full.  My burger artist really did a good job on this one as I felt all of the toppings, burger, cheese and bun were in perfect sync.  For me, the buttery bun, melty cheese and crunchy pickles really brought this W over the top.  Since Naples has gross Wendy’s, I probably won’t have one of these any time soon.  But, I did indeed get to have one and I sure am glad I did.