Earlier this summer, I visited Burger King more times than I did in the entire year prior.  On my quest for Sweet Potato Fries, the new menu and a one time trial of the Bacon Sundae, me and the King were really chilling.  Since then?  I haven’t been back.  It’s not that I don’t like the King, it’s just that I really don’t eat a whole lot of fast food.  On one of my visits, I decided to try another new item so that I could review it here.  So, even though I tried this item 2 months back, we will review it now.  The Oreo Sundae from Burger King.  Which, I would like to take the time to rename as:  Oreo Dusting.

What is an Oreo Dusting you may ask?  It is when you advertise ‘Oreo’ in the name of a product and then only feature one or two broken up Oreo’s…within the entire product.  So is the case with the Oreo Sundae.  Now, I will say this – this may have been a one time Dusting.  As we all know, Fast Food is not always consistent so, this may be the case for this sucker.  Either way, the one time I tried it, it was indeed an Oreo Dusting.  Okay, enough of this. 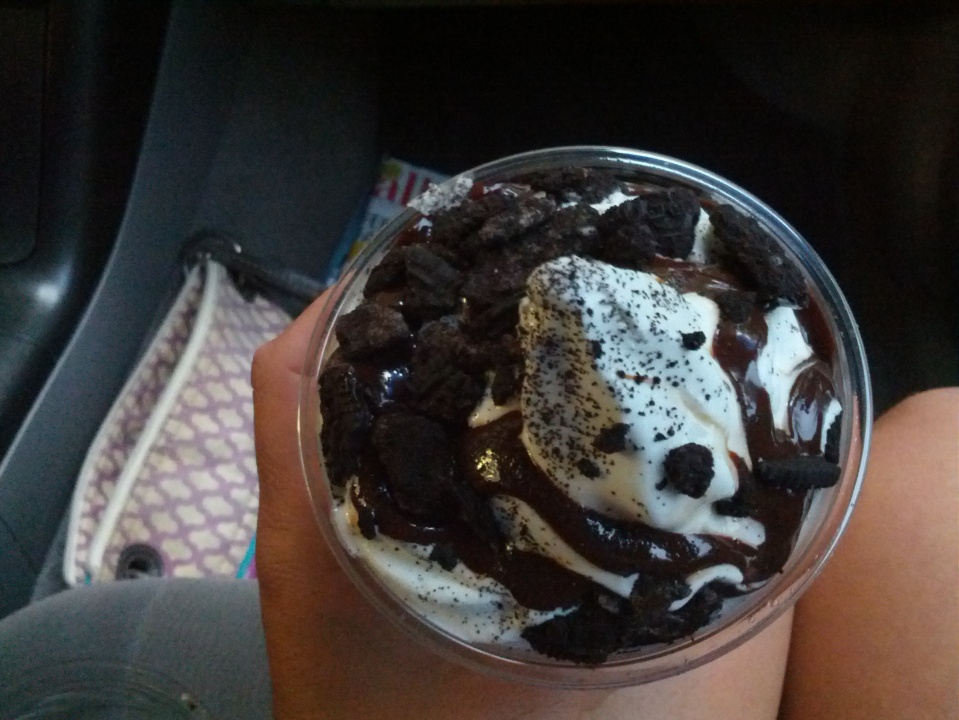 I ordered my Oreo  Sundae from the drive-thru and at first glance, it looked good.  That was, until I really took a good look at it.  While the cup was full of plenty of ice cream & a good amount of chocolate fudge, the Oreo’s only dusted the top.  Without another thought on it, I began to eat.  The first few bites were really great – a lovely mixture of crunchy Oreo pieces, savory chocolate fudge and smooth vanilla ice cream, danced around my taste buds.  I appreciated how each element of this sundae really spoke for itself, and one was not overpowered by another.  After these first few blissful bites, I ran into a huge section of just plain vanilla ice cream. 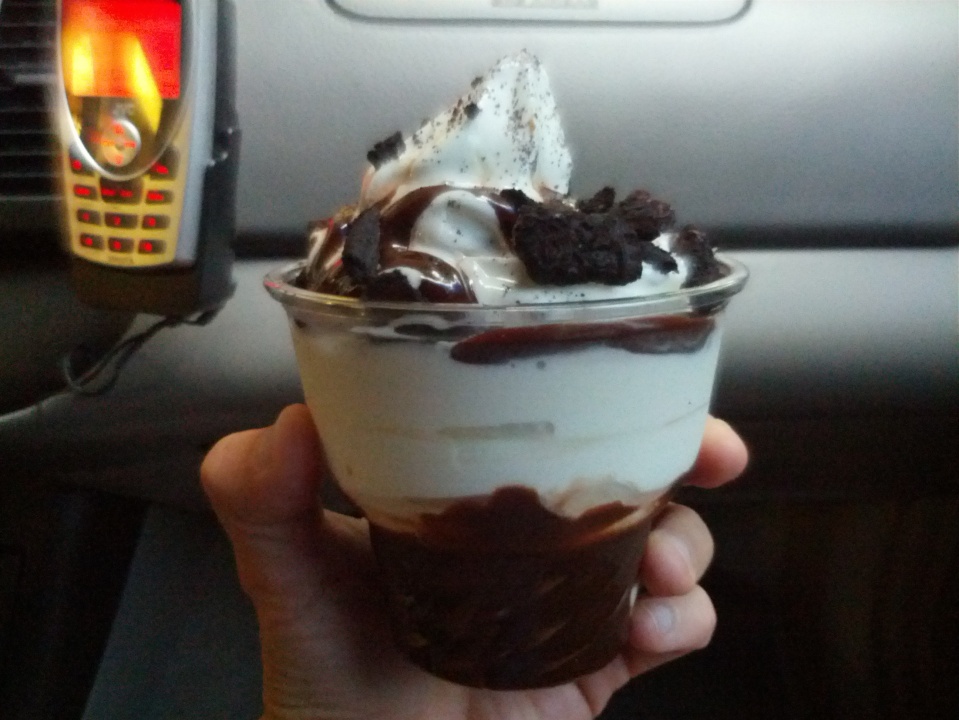 As far as fast food soft serve ice cream goes, I think Burger King really knocks it out of the park.  The handful of times I have had their ice cream, I have really enjoyed it.  The ice cream is very smooth and in no way icy.  Mix in the smoothness with the simple, pure vanilla flavor – home run.  It would have been pretty great to collide with a layer of Oreo pieces mid-way through my journey of ice cream but, alas that was not so.  After the journey of ice cream, we hit another (huge, I may add) layer of chocolate fudge.  This fudge had a bit of warmth to it and was pretty good.  I would say this is a perfect mix of chocolate sauce & hot fudge.  While it is not as artificial tasting as chocolate sauce, it is also not as thick as hot fudge.  The end product is still good – savory fudgey flavor and a semi-thick consistency.  If hot fudge isn’t available, I will take this chocolate fudge anytime.

I had no problem finishing up my Oreo Sundae and, overall, I did indeed enjoy it.  I realize it is not meant to be a Blizzard nor is Burger King a self-serve fro-yo location where I can put heaps of Oreo’s on my ice cream.  Burger King is a fast food location where one day something is good and another day, well not so good.  The 3 basic ingredients of this sundae, all work together really well and taste quite yummy.  While I will not seek out the BK Oreo Sundae, I can’t say I would never have it again.  If I am in the mood for a sundae, and I am at BK, I will have no problem ordering this.  And perhaps, on that day & at that location, an Oreo Sundae, rather than an Oreo Dusting, will come through my window.

← Creations They Are Not
Three Peat Flavor →