Nothing Better Than the Norm

About 7 or so years ago, we discovered Norman Love Chocolates located in Ft. Myers.  We had seen Norman Love on a bunch of Food Network shows and knew the jist about him.  However, it took a while before he actually opened, and thus we went to, his chocolate shop in Ft. Myers.  Back then, my Foodie’ness had really just begun and I do not remember trying anything.  Since then, Norm has also opened up a shop in Naples.  A few weeks back, we stopped in so Mommy could try their famous Cafe & Cocoa.  While we were there, I opted to try something out too.  Well, I am proud to say that I am a Foodie and can report, this is Nothing Better Than the Norm. 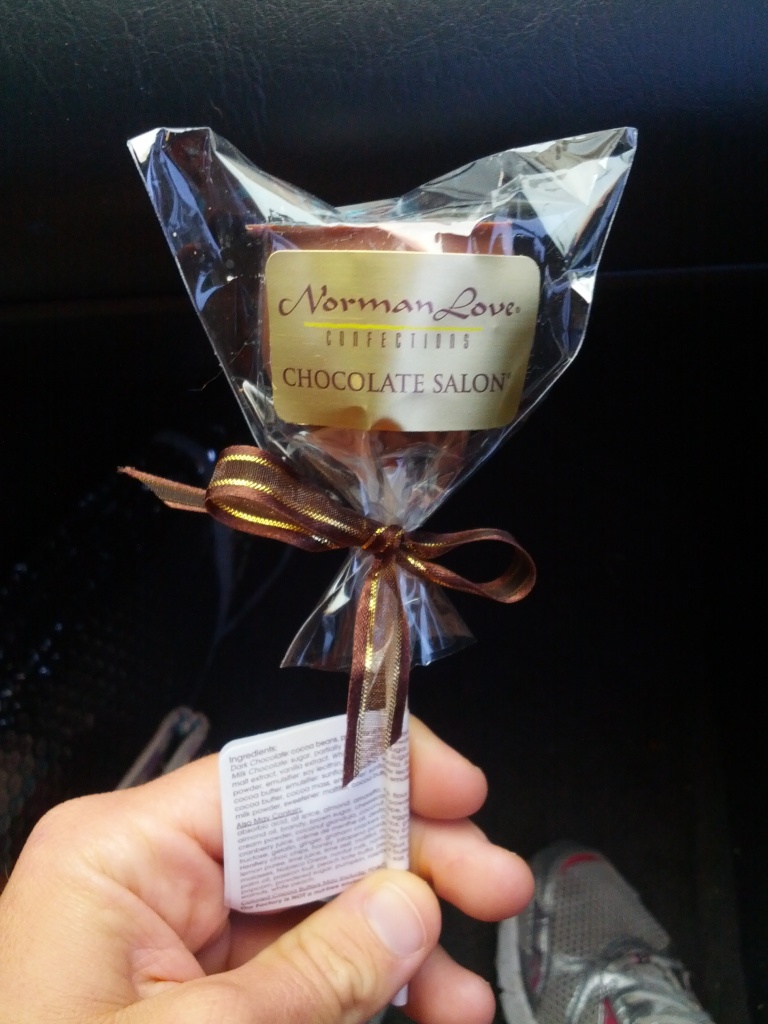 On this visit, I tried a Peanut Butter Crispy Truffle Pop.  Wrapped and decorated, this sucker cost $3.50.  After arriving back to the car, I opened this up and took a bite.  The outside of the pop was covered in a layer of milk chocolate.  I found the consistency of the chocolate to be great – smooth & milky.  Yet, the overall flavor of the chocolate was nothing amazing.  Don’t get me wrong…it was good…it just wasn’t any better than the Norm.

The inside of the pop was a mixture of peanut butter and crispies.  While the crispies were similar to those found inside a Nestle Crunch, the flavor of them was pretty non-existent.  The only part they really played was to add a different consistency.  There did seem to be a lot of them however, they were quite small in size.  They did indeed provide a bit of crisp but, the crisp was really not all too apparent.  I could tell it was there but, not in an overly intrusive way. 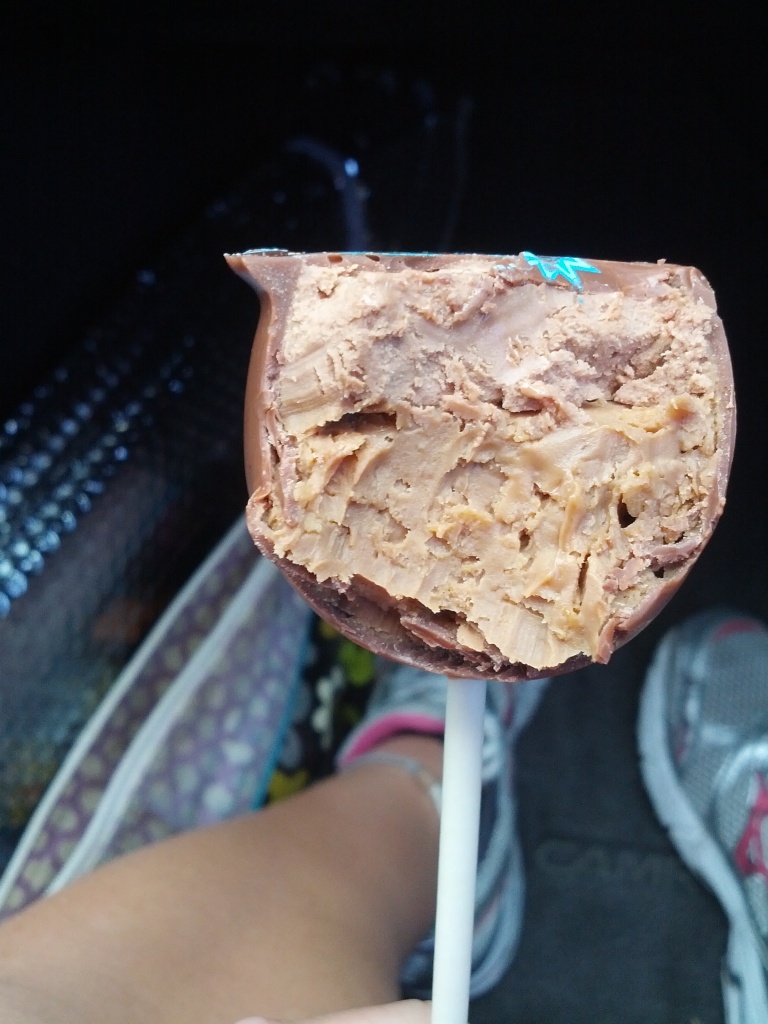 Of course I ate all of this truffle pop but, was left feeling underwhelmed.  I was expecting this chocolate to be just simply amazing.  Yes, it was good, but it just wasn’t amazing.  I have since tried some of their truffles and have found them to be exactly the same – underwhelming to the max.  On the truffles, its hard to even tell what flavor they are.  At $3.50 a pop, this is really not a good deal.  I can say that I somewhat enjoyed it and the peanut butter was indeed tasty.  Perhaps if the chocolate was a bit better, and the peanut butter was a bit more creamy, I would be able to say this was really good.  But, as it stands, this is Nothing Better Than the Norm.