One of the benefits of living in Florida, is Spring Training.  While the Reds no longer train in Florida, there are plenty of teams that do.  Of course I do not support these teams however, I have a true love for the game of Baseball and enjoy going to as many games as possible.  Our last game of the season was to see the Minnesota Twins play the Toronto Blue Jays at Hammond Stadium in Ft. Myers.  I have been to this stadium tons of times before.  For this visit, I scored awesome seats right behind home plate.  Before arriving, I scouted out the food options and saw they offered a good amount of variety for really good prices.  Say Cheese. 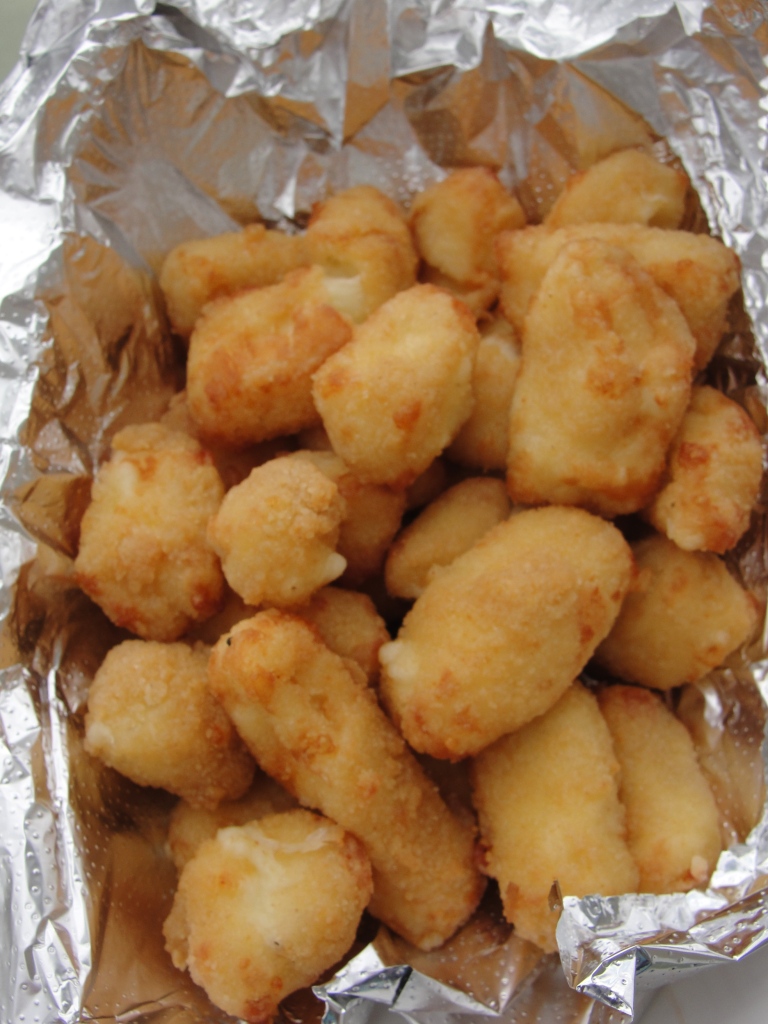 After walking around the stadium, I decided on what I would try – Cheese Curds.  I have read a ton about these but have never actually tried them.  I was presented with a basket full of these little guys for $4.50.  After arriving back to my seat, I tried my first one.  The exterior was slightly crispy while the interior was melty and soft.  I did not find the batter to really have too much of a flavor of its own.  I did appreciate how the batter was very light and let the curd be the star.  As for the curd, the biggest thing I noticed was that it was quite salty.  I found the flavor to be along the lines of a good cheese but, a very salty good cheese. 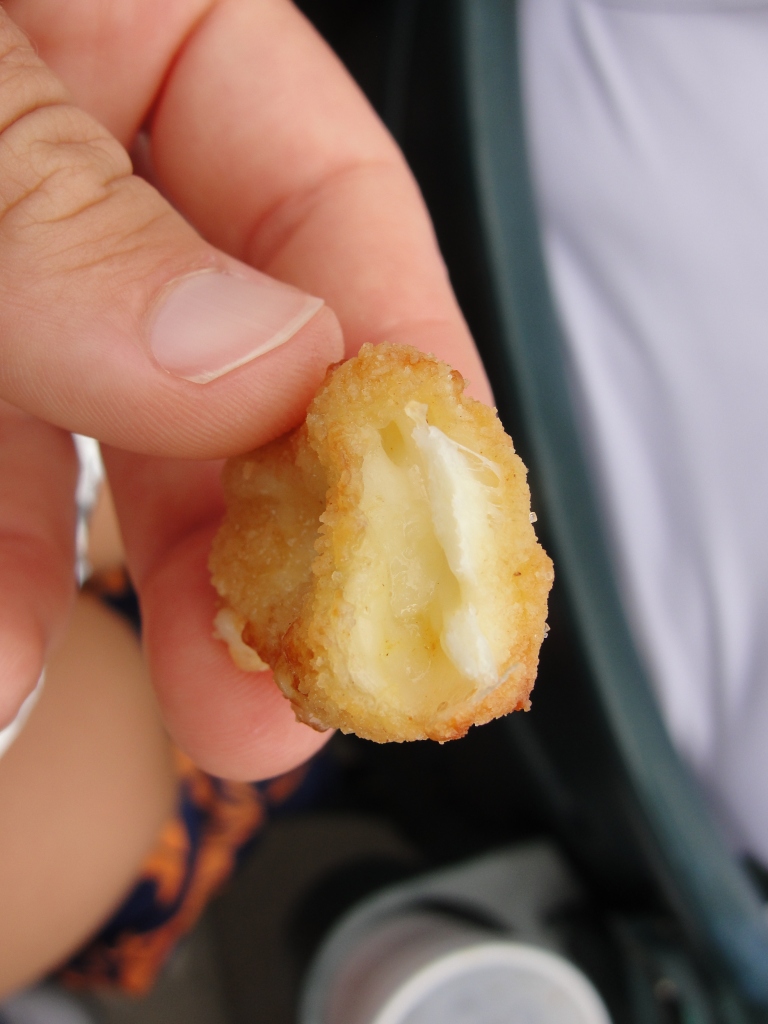 Other than the salty factor, I loved these curds.  Every single one was just as good as the next – no matter what the size they all had plenty of curd and the light batter.  I liked how the batter provided just a bit of crispness to complement the soft factor of the cheese.  While the cheese was not stringy, it was very soft and mailable.  I really was digging the consistency of the cheese.  In addition to the curds, I got a Killebrew Root Beer – a Minnesota specialty.  Well, I’m not a huge root beer fan but jeez, this stuff was amazing.  At $4 per can, this stuff was not cheap but boy of boy, was it good.  The flavor was so light and simple, with not too much bite but plenty of flavor.  It was simply delicious. 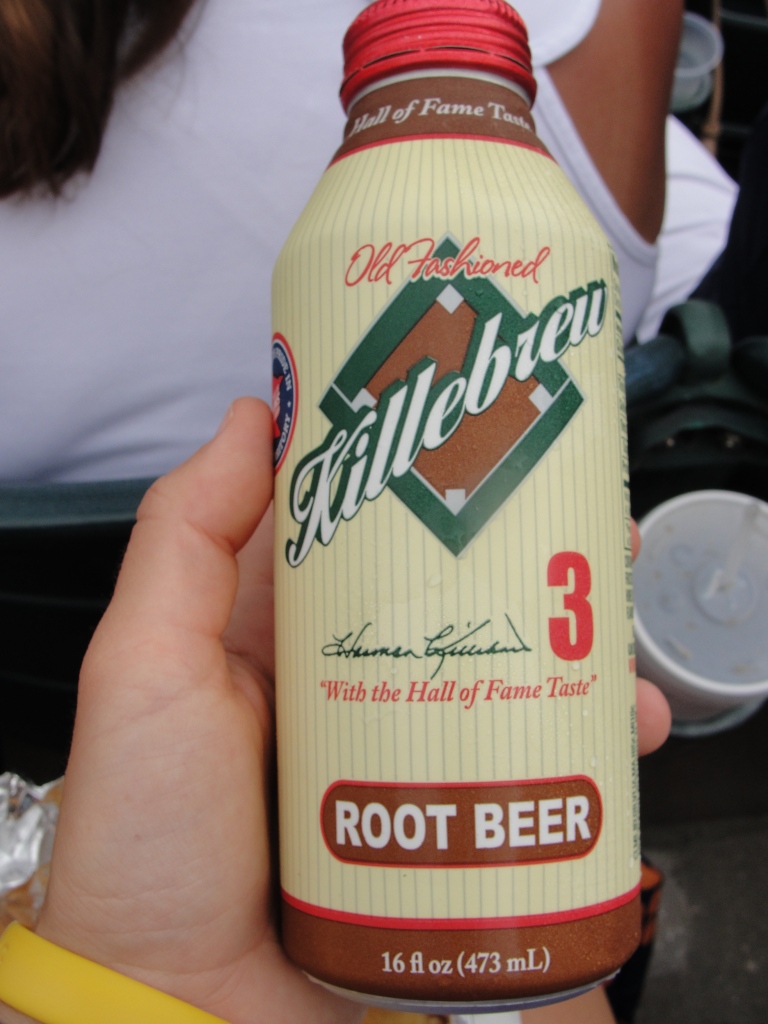 Hammond Stadium offers a ton of great food options.  I was very satisfied with both the Cheese Curds and the Killebrew Root Beer.  Even though I do not have any other curds to compare these to, I will say these were great.  I figure the saltiness probably just comes with the curd itself and cannot discount this from the overall flavor.  The soft chew of the cheese, paired with the slight crisp of the batter, made these things leaving me wanting to Say Cheese.  Throw in a cold root beer, and this was a baseball lovers heaven.

← Because I am a Foodie
Out of the Park →